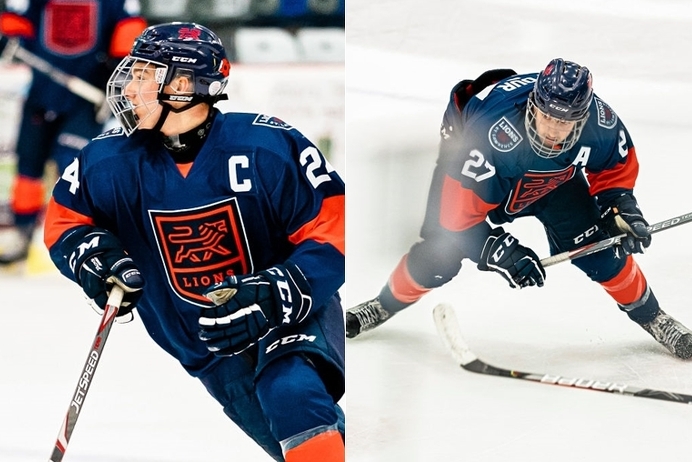 Led by Mr. Guy Chouinard, the hockey team demonstrated its expertise throughout the 2019-20 season. A uniform sporting the new colors, combined with an experienced assistant coach, Henri Izard, and the implementation of a new approach and a new structure within the hockey program, certainly contributed to the impressive rebound in terms of ranking results.

It was a minor 2 points difference that separated the Lions, in third position, from their cousins, ​​champions of the league, the Cougars of Champlain-Lennoxville. The Lions have been spectacular and great to watch throughout the year. The duo Hugo Guillemette and Gabriel Bernier have accumulated no less than 47 of the 159 goals scored during the year. This number, 159, represents the highest number of goals scored in the league in 2019-20.

Chouinard’s team is now counting on the team's great maturity to take on the playoffs. Two games have already been played in the quarterfinals against les Filons du CEGEP de Thetford, and the Lions are currently leading the series 3 of 5 to a score of 2 to 0. The next scheduled game is at the multidisciplinary complex of Ancienne-Lorette on Friday, March 13th at 7:30 p.m.