THANK YOU TO OUR SENIORS 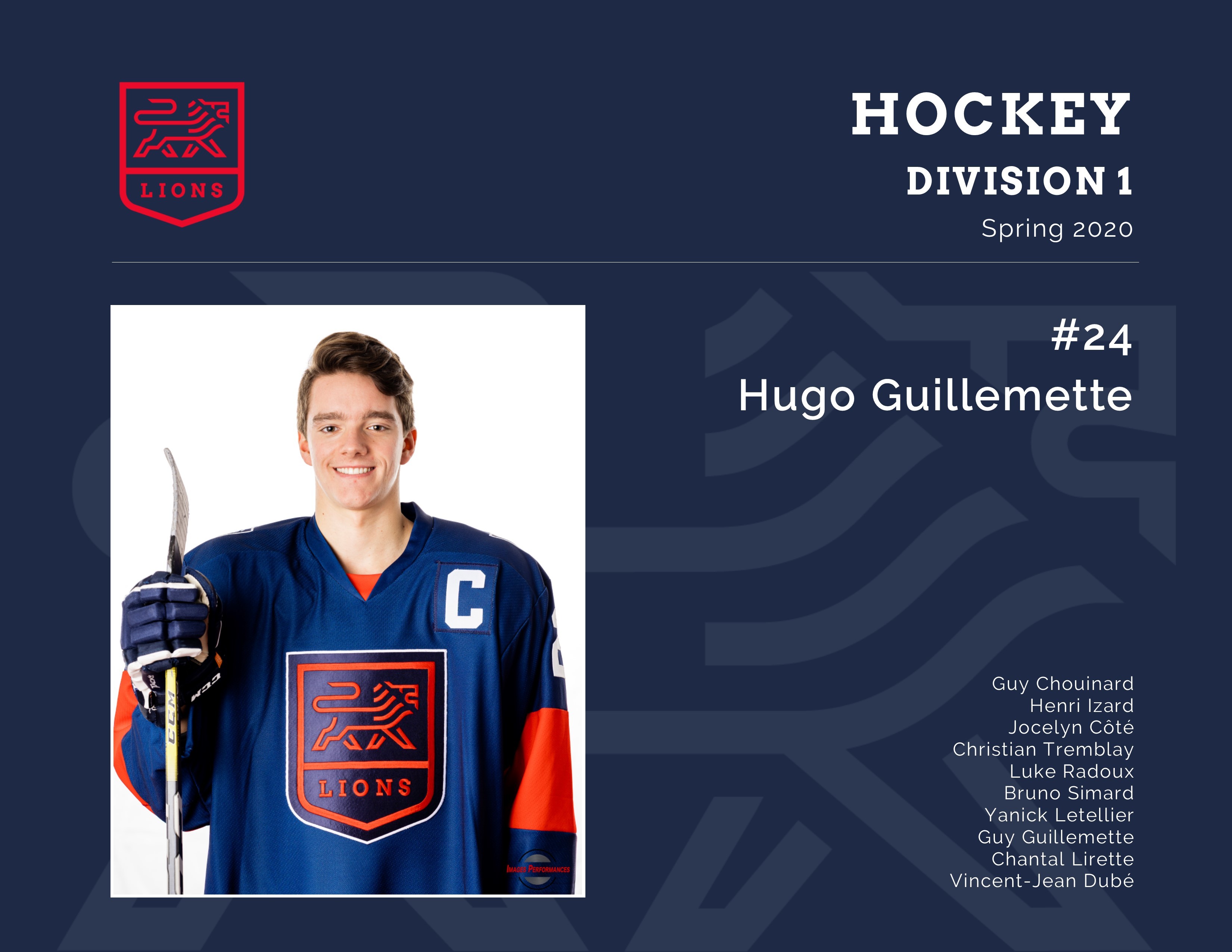 Hugo Guillemette (#24) : After a superb regular season this year, Hugo is now the all-time leading scorer in the history of the St. Lawrence Lions D1 Men’s hockey program. Hugo has great hands and vision. His passing and playmaking ability make his teammates better on the ice. Hugo has also improved tremendously off the ice and academically in each of his three seasons with our program. His maturity and willingness to win have become huge contributing factors to our team’s success.

Hugo will be studying business administration or finance next season and most probably pursuing his hockey career at the university level.

Thank you for your 3 solid years with our program, captain. 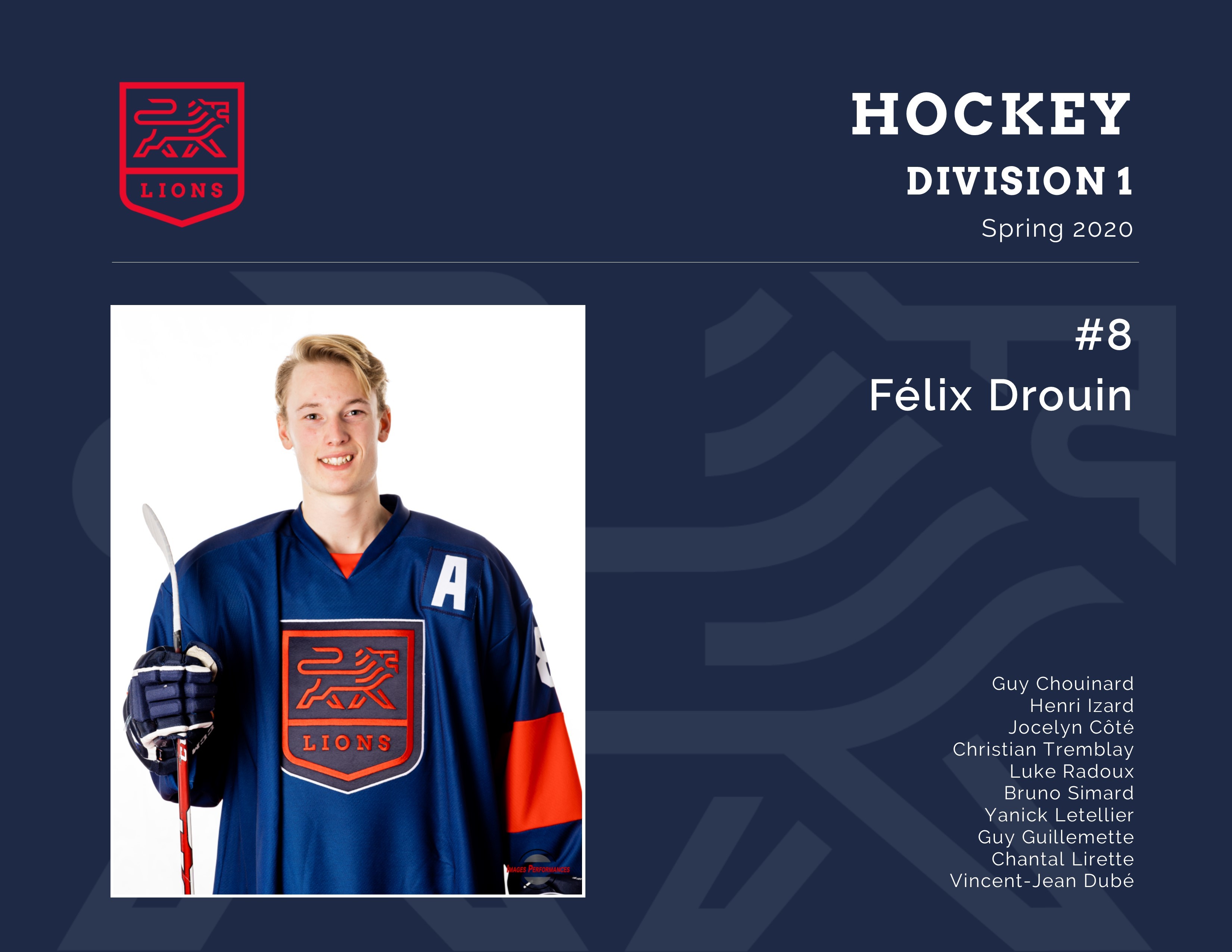 Félix Drouin (#8) : A quiet, reliable and silent type, Félix is very well-liked by his teammates and the coaching staff and always leads by example. He has been a tremendous ambassador for the Lions program and embodies all of the attributes that we strive to promote: determination, perseverance, hard work and sacrifice. He is a very easy player to coach and has a true passion and love for the game of hockey. Over 3 seasons he has been the most improved defenceman in our program.

Félix will be pursuing his university studies next year in either kinesiology, physical education or sports intervention as well as his hockey career. Thank you for all your efforts Félix ! We are very proud of you. 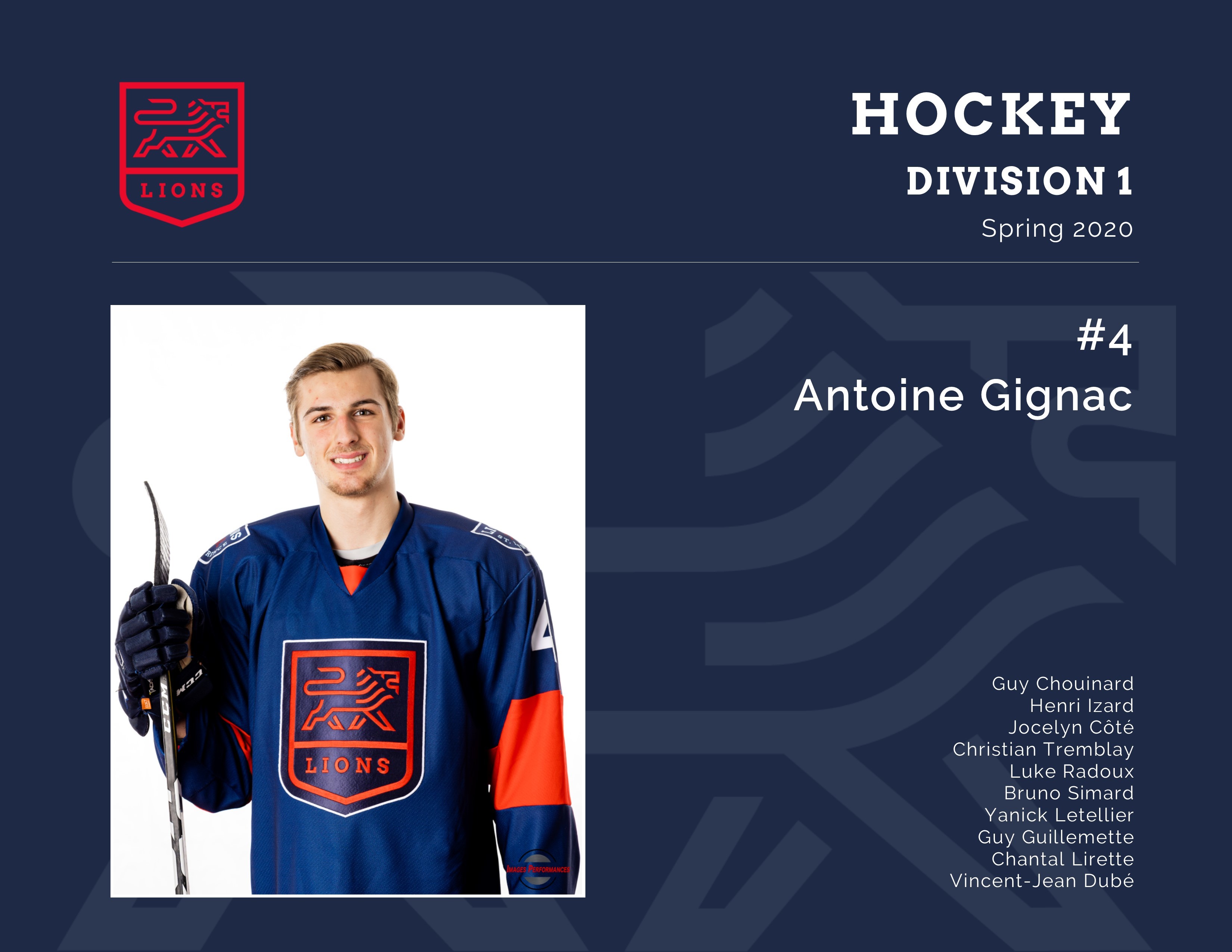 Antoine Gignac (#4) : A strong, physical puck-moving defenceman, Antoine is well-known for his hard shot and two-way play. In addition, over the last 3 years Antoine has been a relentless worker both on and off the ice. The Lions program has been very impressed by his determination and willingness to continue improving his game. These attributes are a testament to his character.

We are happy to announce that Antoine will be pursuing his studies as well as playing hockey at the University of Southern Maine at the NCAA D3 Level next season. Congratulations Antoine ! 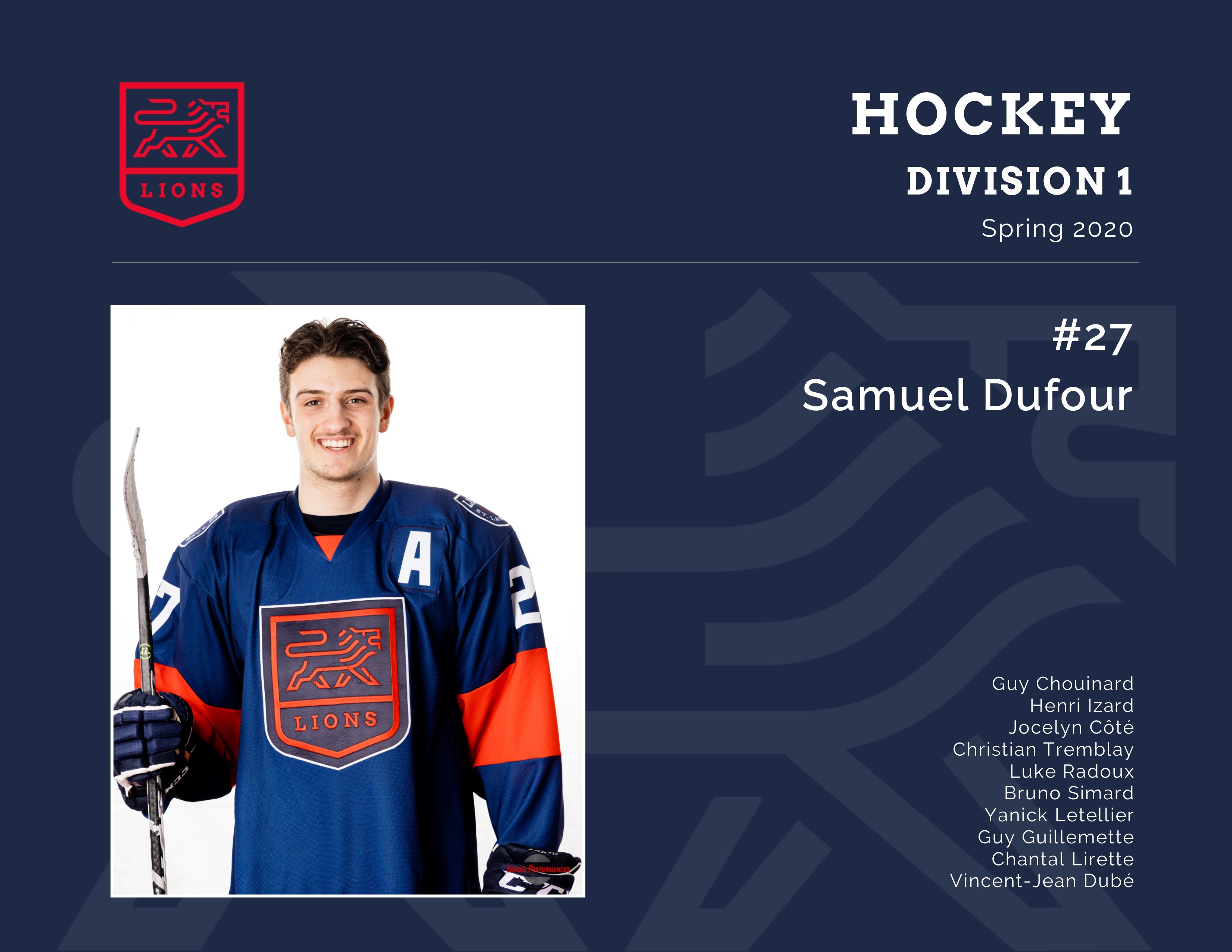 Samuel Dufour (#27): A great guy with an engaging personality, Samuel is very well-liked by his teammates and the coaching staff. He has a tremendous wrist shot and is a very good puck protector as well as possessing a high hockey IQ. He has also been a superb student in the classroom and a great ambassador and role model for the SLC Lions hockey program over the last 3 seasons.

« Duf » will be pursuing his studies next year in Business Administration at either Concordia, McGill or HEC Montréal.

Thank you for all the time and effort that you have given to our program Samuel. You can be very proud of yourself. 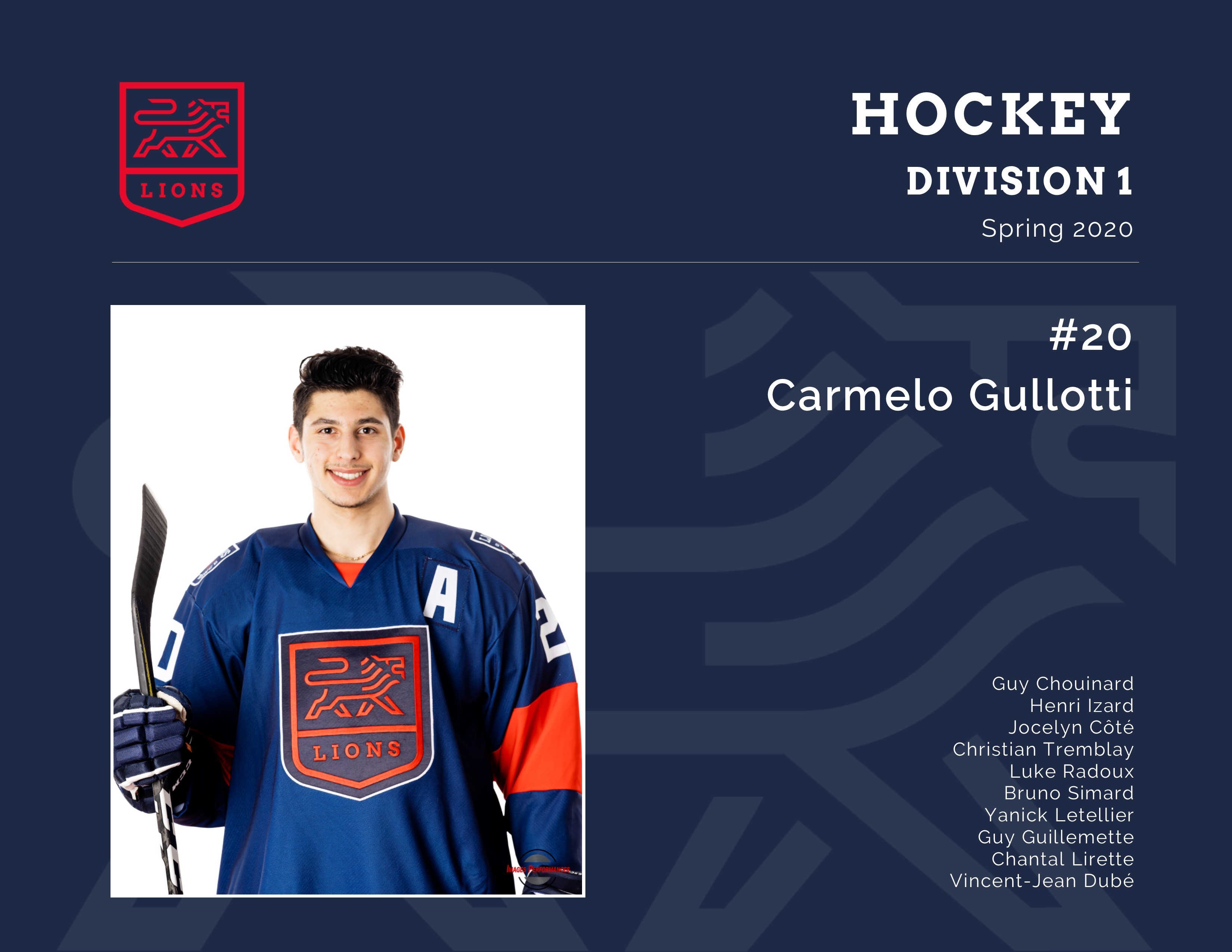 Carmelo Gullotti (#20) : A great teammate, leader and team player, Carm has been a real attribute to our program. He is a fun-loving and funny person off the ice but an equally hard-working and fast-skating power forward with a physical edge on it. He can be very proud of the determination and perseverance that he displayed coming back from injury these last 2 seasons. Your improvement academically is also a testament to your character.

Thank you very much for these last 2 years and best of luck at the next level ! 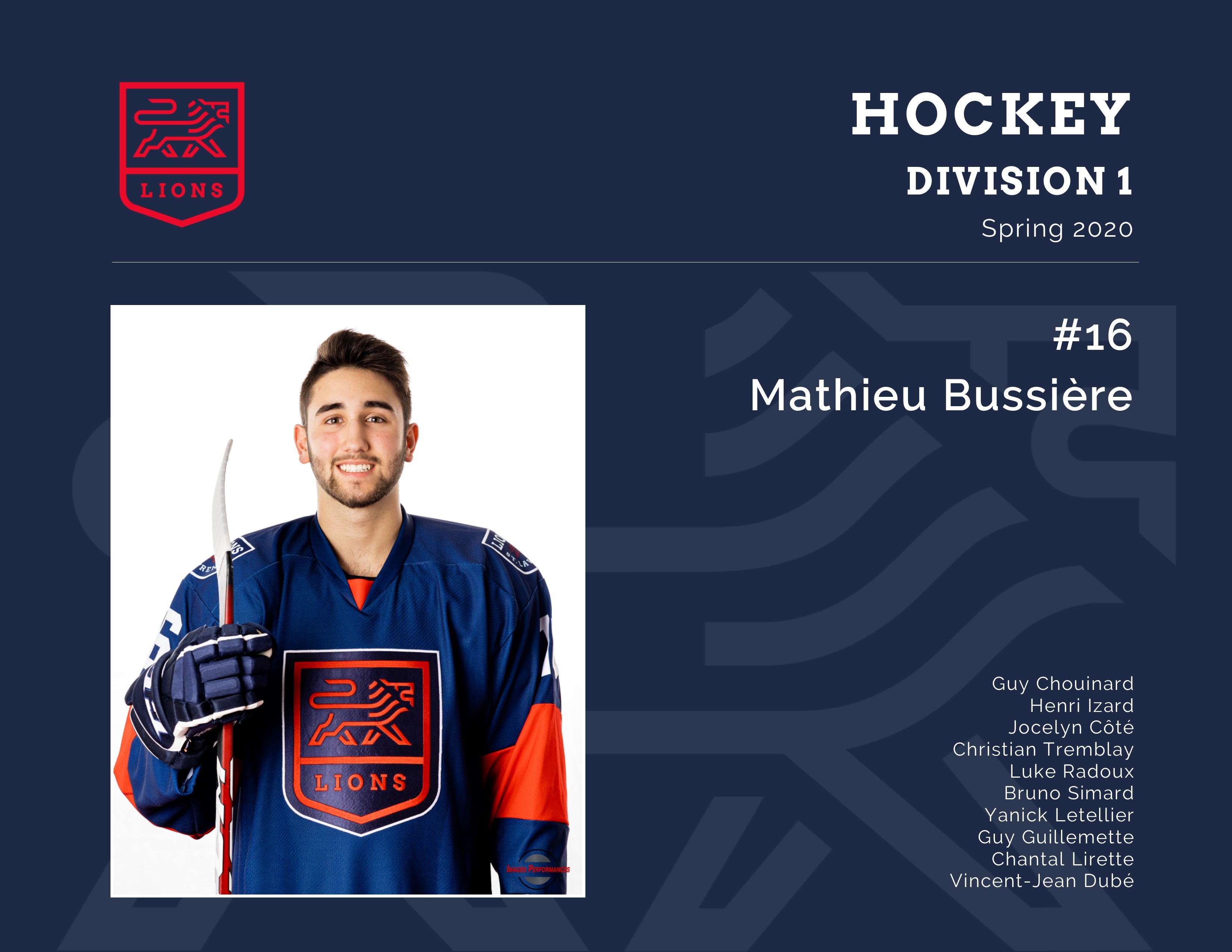 Mathieu Bussière (#16): Well-known as the heart and soul of any SLC Lions social activity Mathieu also has had a stellar 3 year career with our hockey program. He has great vision, nice eye-hand coordination, a solid skill set and a knack for scoring key goals at key moments. His joie de vivre and passion will be missed.

Thank you Mathieu for your three seasons with our program! 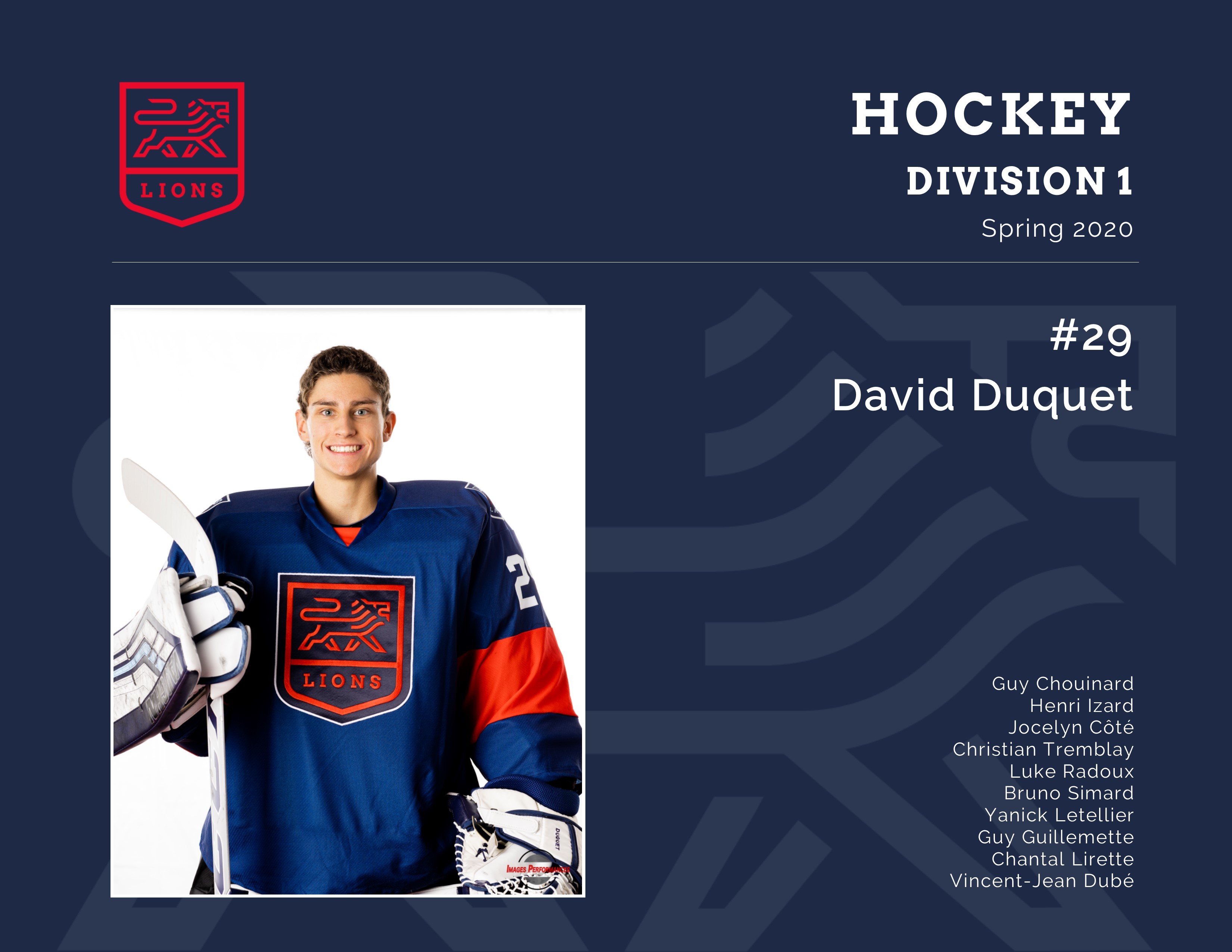 David Duquet (#29) : Over 3 years with the Lions program, David has established himself as one of our league’s best goaltenders. His focused and disciplined approach both on and off the ice have always allowed him to be well-prepared. He is a relentess worker and has improved tremendously these last 3 seasons. David is also a tremendous student and has serious hip hop and rap skills !

We are very happy to announce that David will be studying in either medicine, pharmacy or actuarial math next year at Laval University.

Thank you very much for your time, hard work and dedication David. 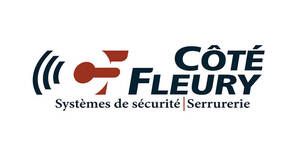 HOCKEY SENIOR NIGHT
GAME ON!
SPRING CAMP
40 YEARS AGO
THANK YOU TO OUR SENIORS